The term "Modern American" has always been a question mark for me. Many new and trendy restaurants have been classified as so, and I have since been trying to figure out what it meant exactly. It wasn't until recently when we dined over at Riel in Montrose that I truly understood Modern American cuisine.

Riel opened up early this year. The restaurant gives off a glamorous yet inviting ambiance, with a beautifully lit bar and an open kitchen concept. The menu consists of a rather condensed list of shareable plates, which I personally love. It's a great way to try more of the menu and share the experience with a group of friends! Everything is seasonal, focusing on local products and turning them into beautiful creations with influences from Ukraine and French Canada. Executive Chef Ryan Lachaine has really embraced a true Modern American menu. 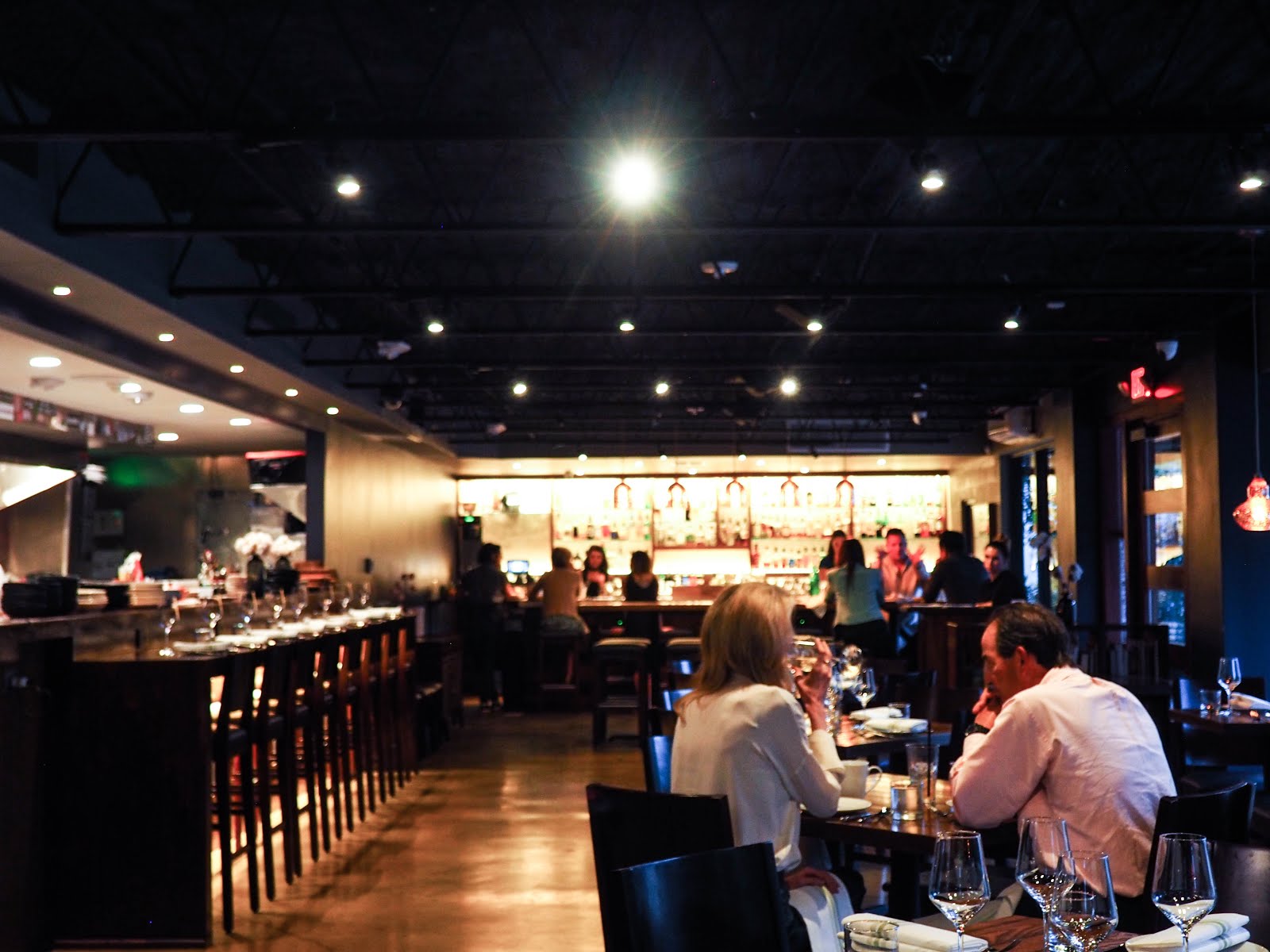 Crudo translates to "raw" in Italian. While traditional curdo is served with olive oil, salt, and lemon, Chef Lachaine pairs the raw fish with some beautiful citrus flavors! Wow, what an elegant dish! I could've eaten this plate all myself (and probably five more of them too). 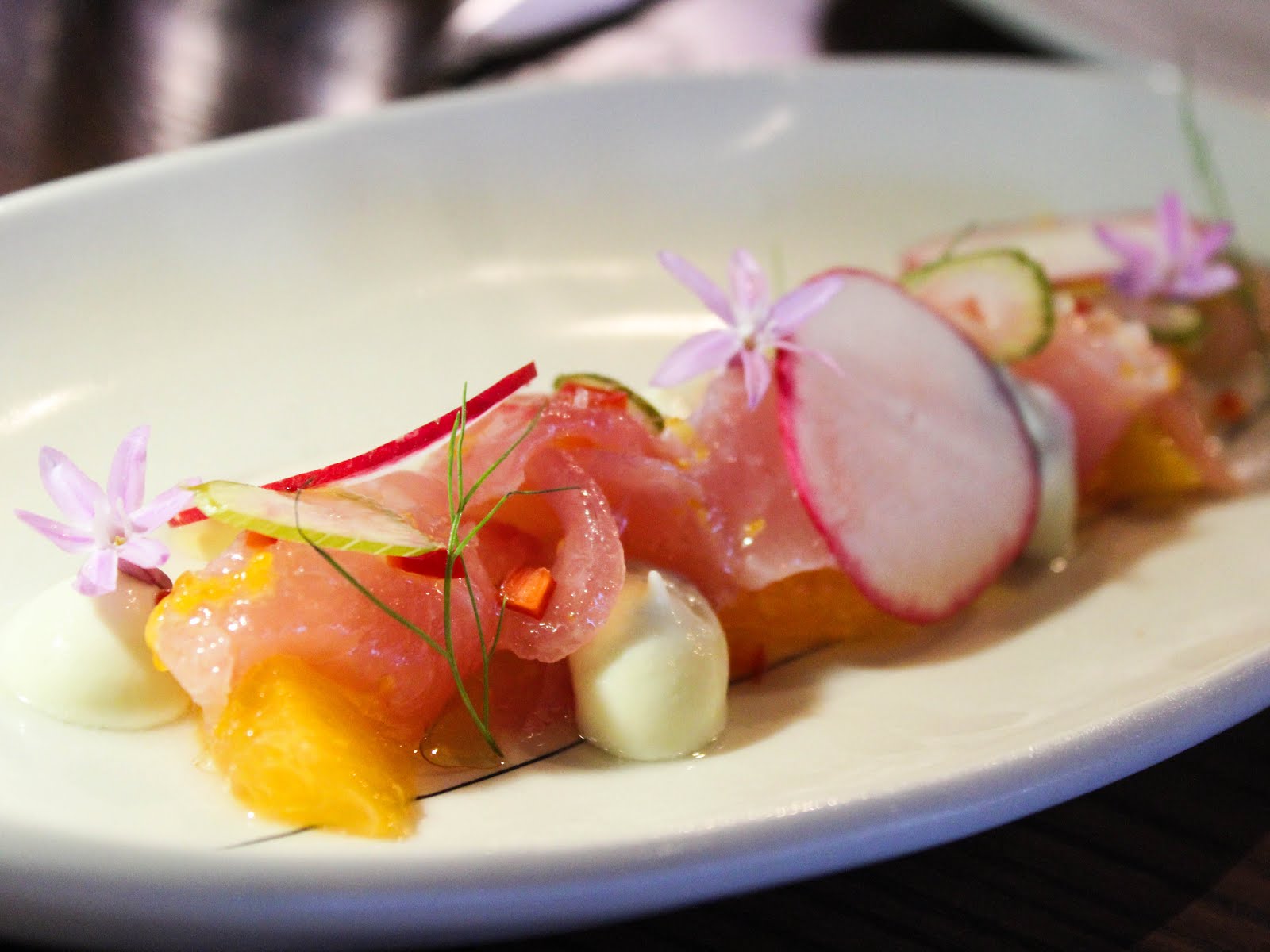 Some of us were obsessed with the coleslaw. 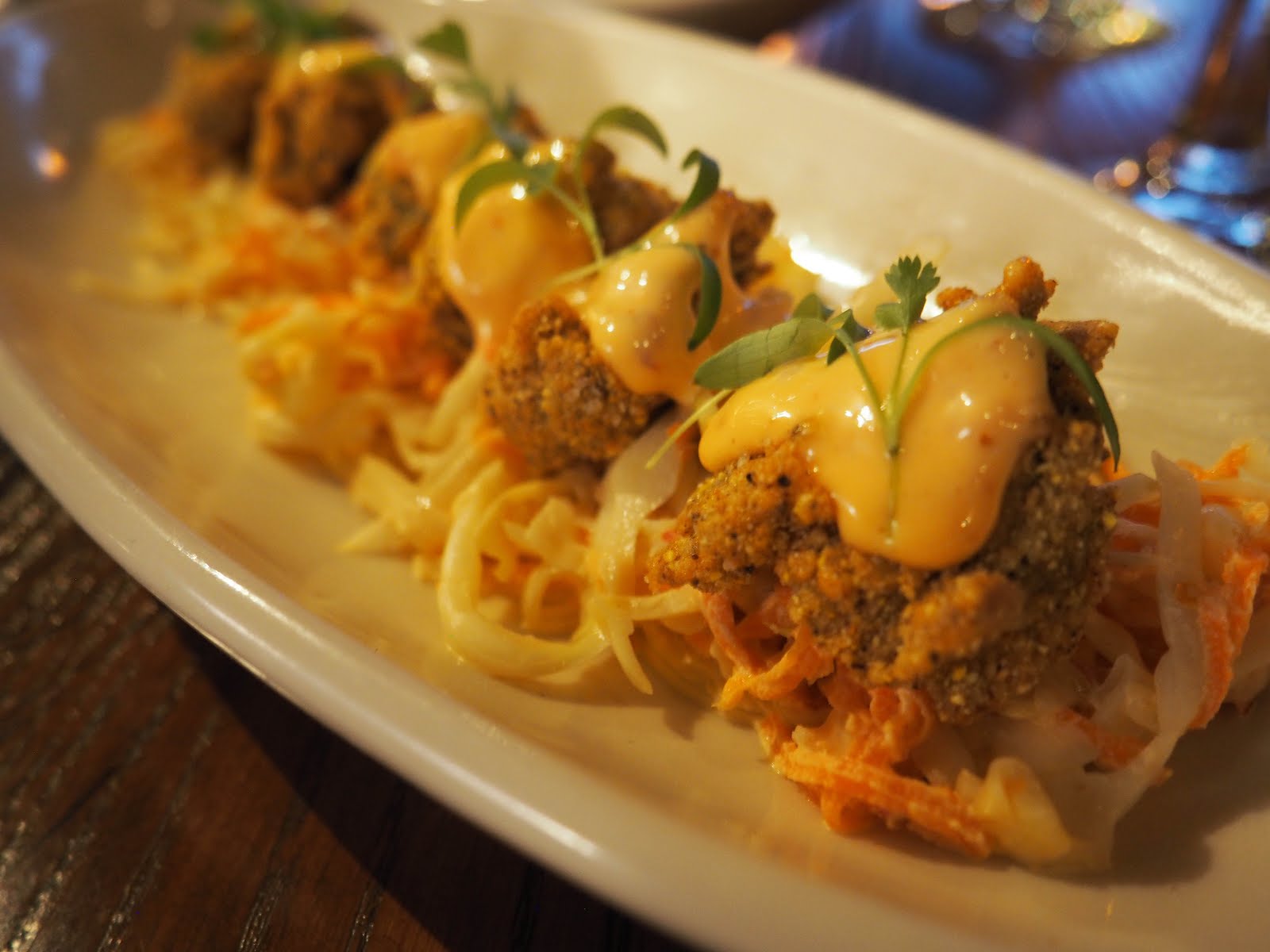 One of my favorites of the night. The coriander yogurt is everything. I could probably eat it by the container. Not to mention, it pairs fantastically with the perfectly cooked shrimp. 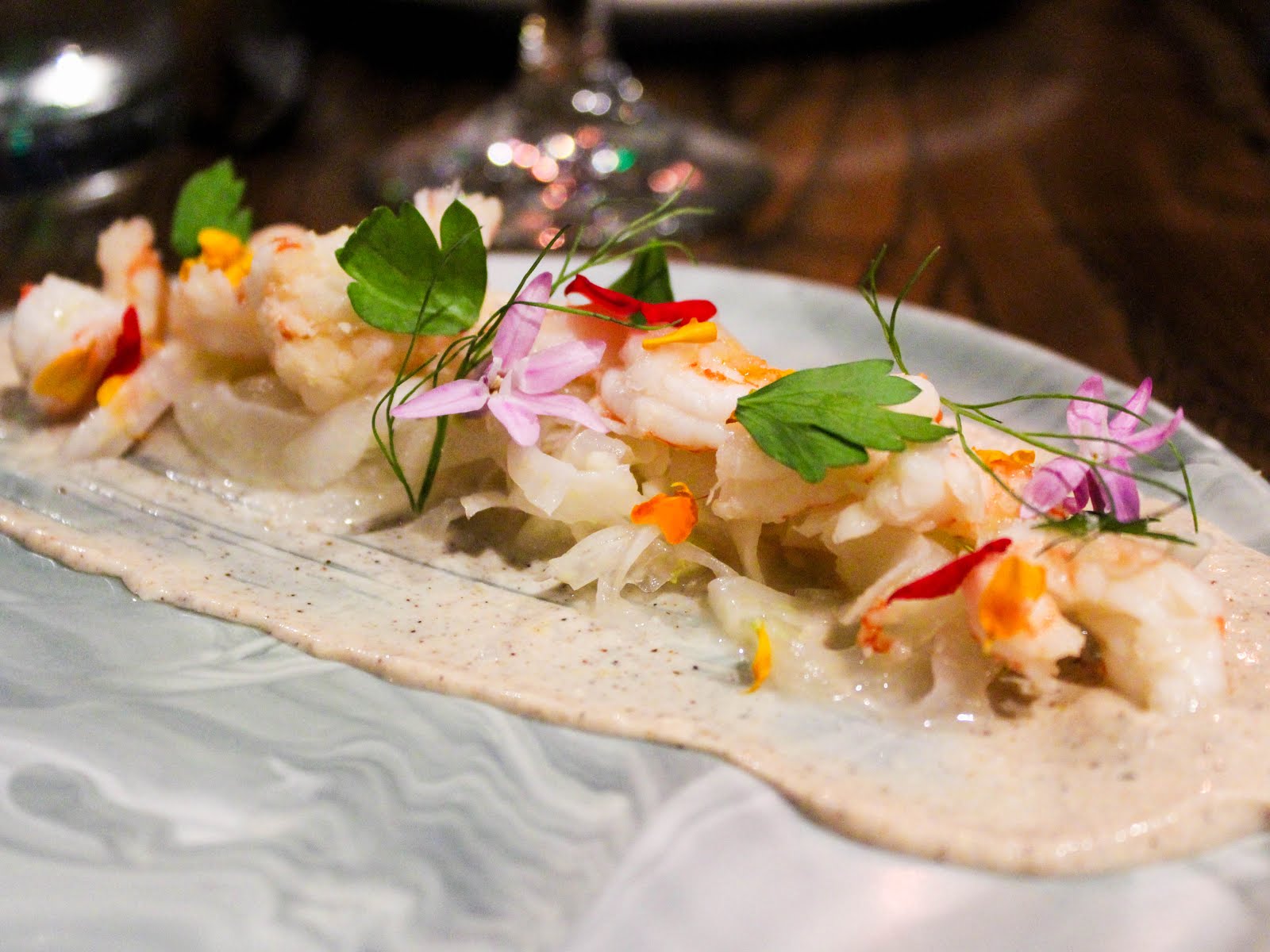 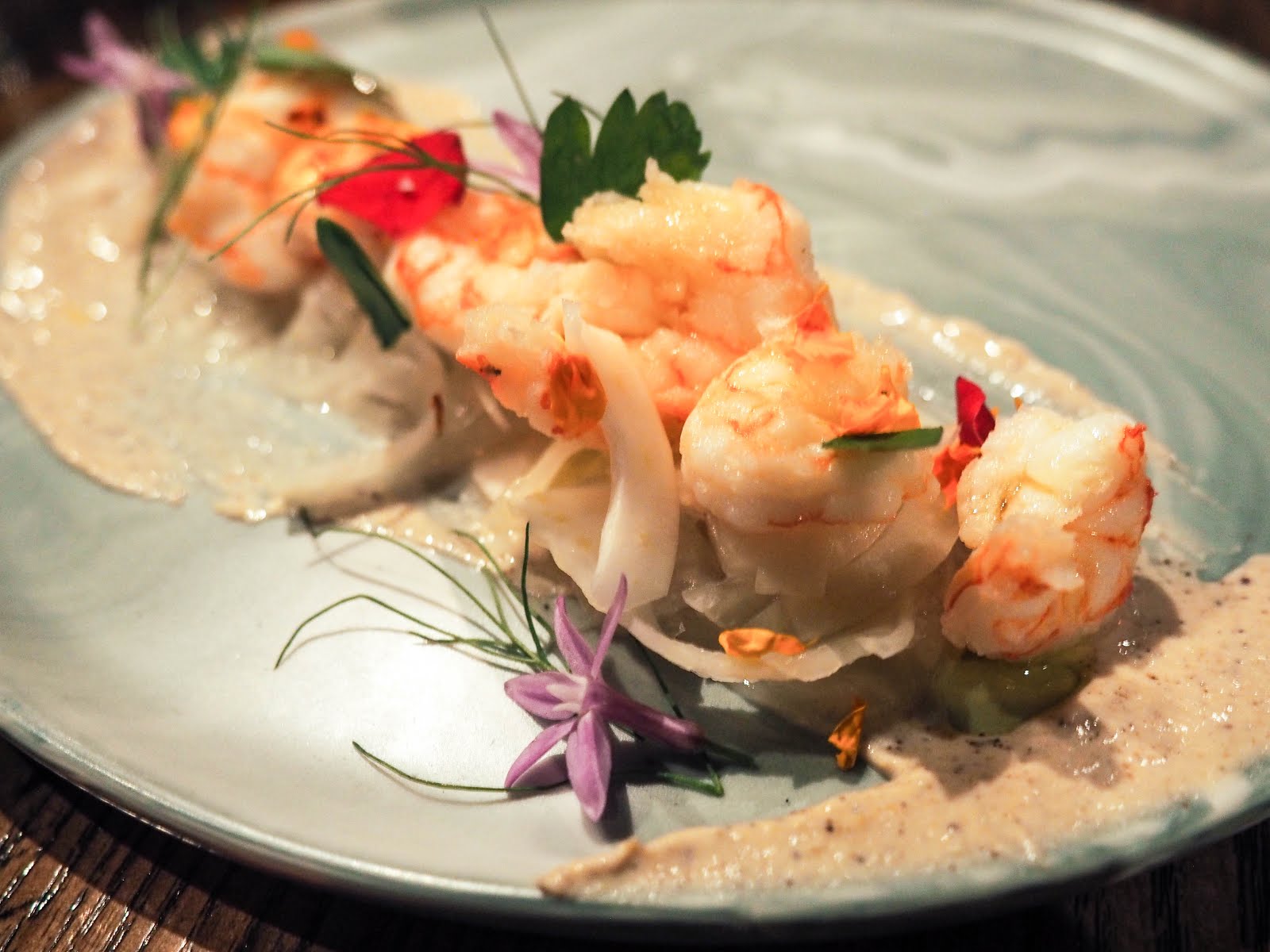 We didn't miss the meat in this dish, which says a lot, but we could've used a whole lot more of the sauce! 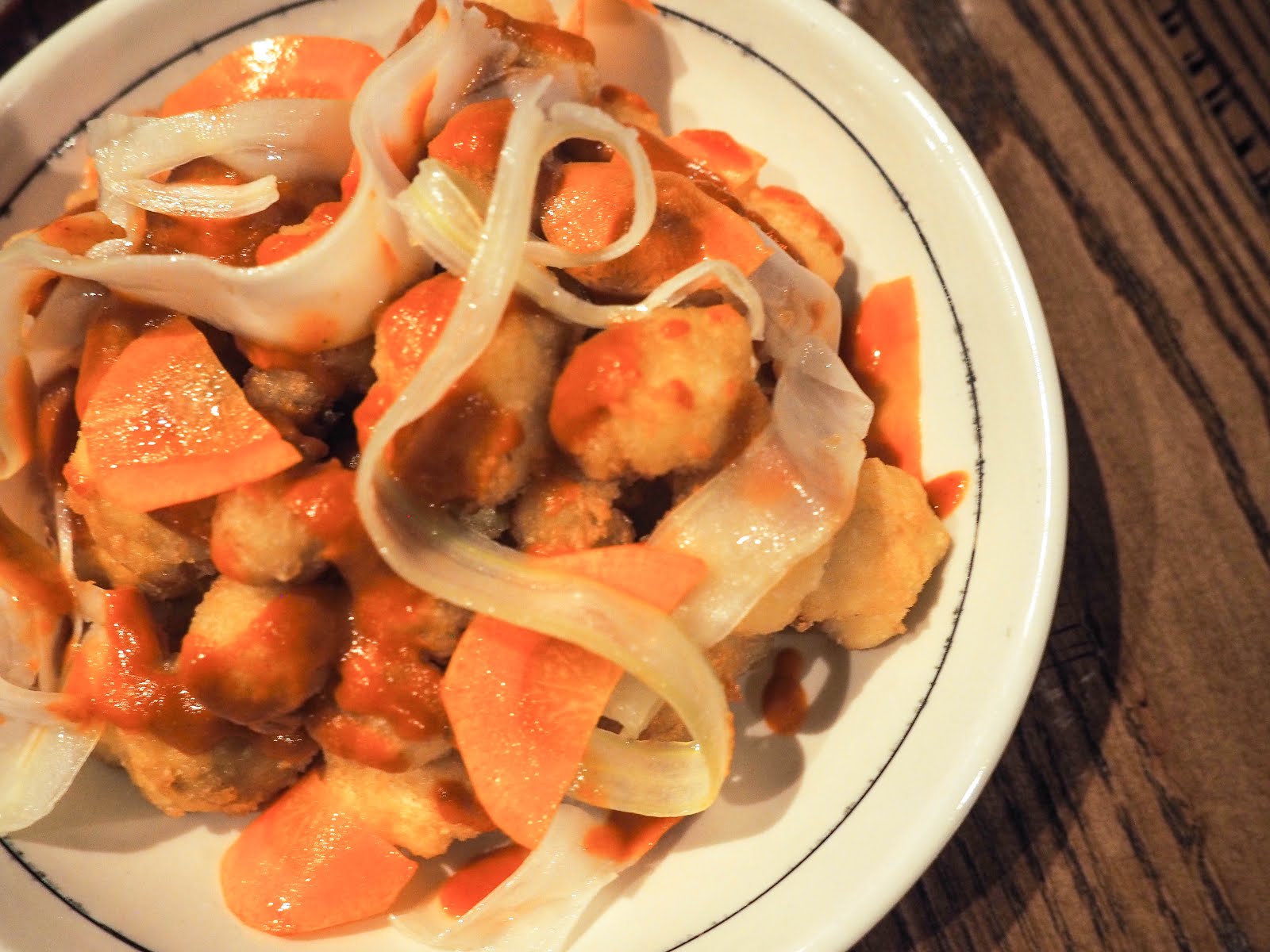 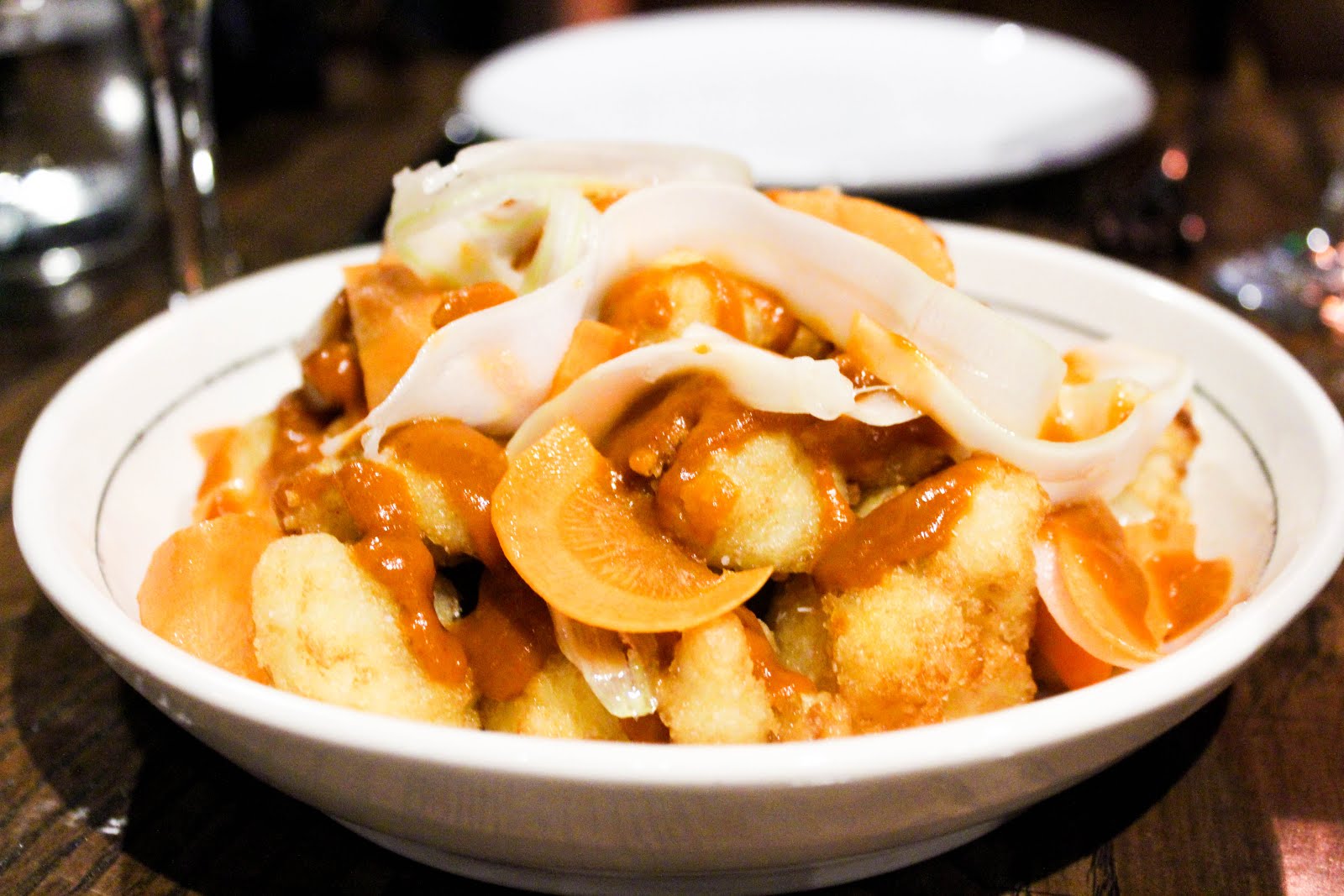 Alright, this was one of the most mind blowing dishes of the night. It looks thick and creamy, almost like a queso. As soon as you dip your spoon into it though, you'll find that the chef actually aerates the cheese to make it light and airy, but with the same delicious cheesy taste. It's dangerously tasty.

This dish is the definition of fall. The duck is slightly seared around the edges, and the acorn squash is a delightful touch. Together, they taste like real fall weather is just around the corner. 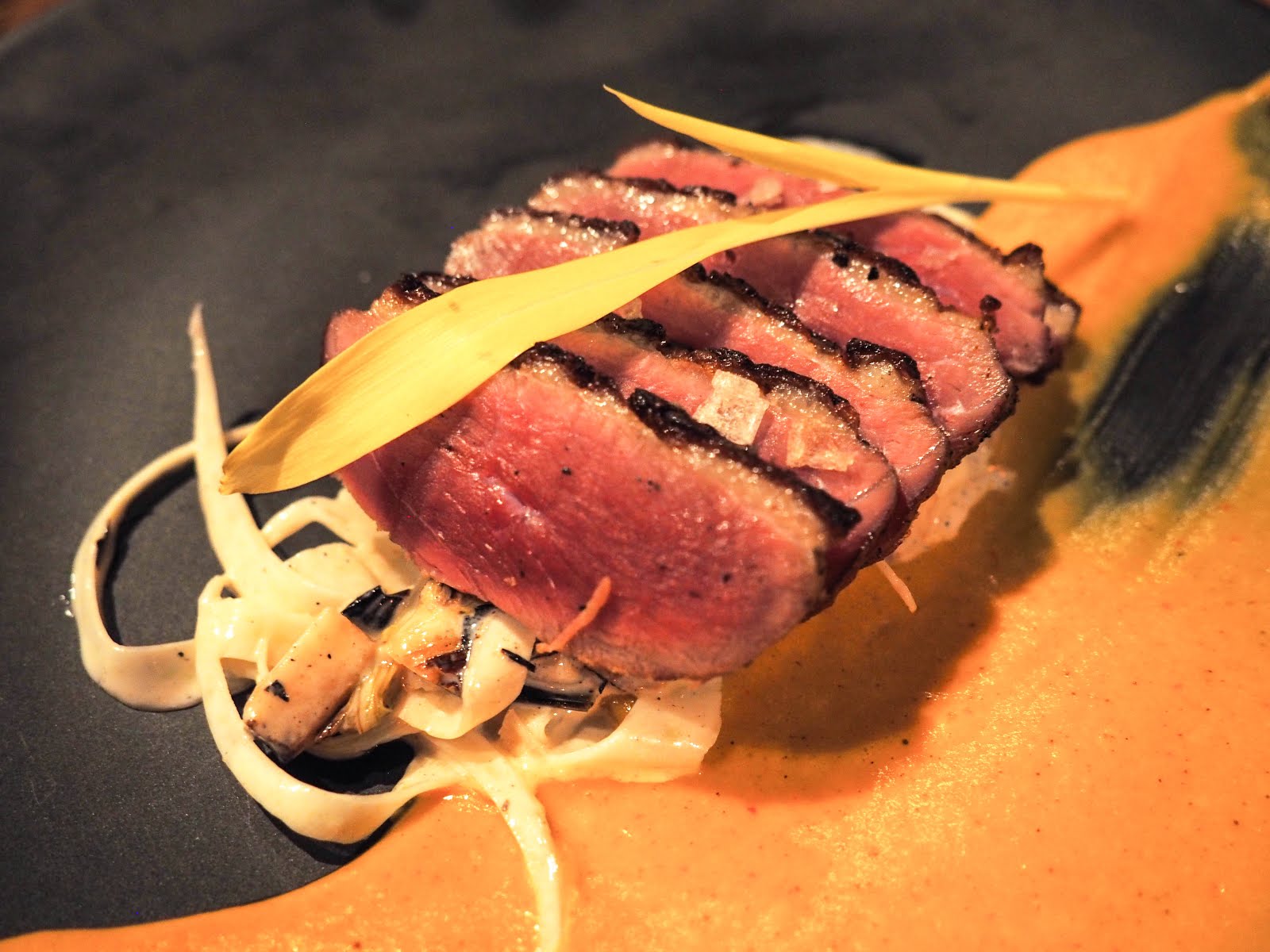 Alright, so it's hard to compare anything to our absolute favorite thing on the menu, which we'll get to in a moment. But if you're a huge fan of lemon desserts, this is for you. Our waiter said this was his favorite dessert item, but our pick would be... 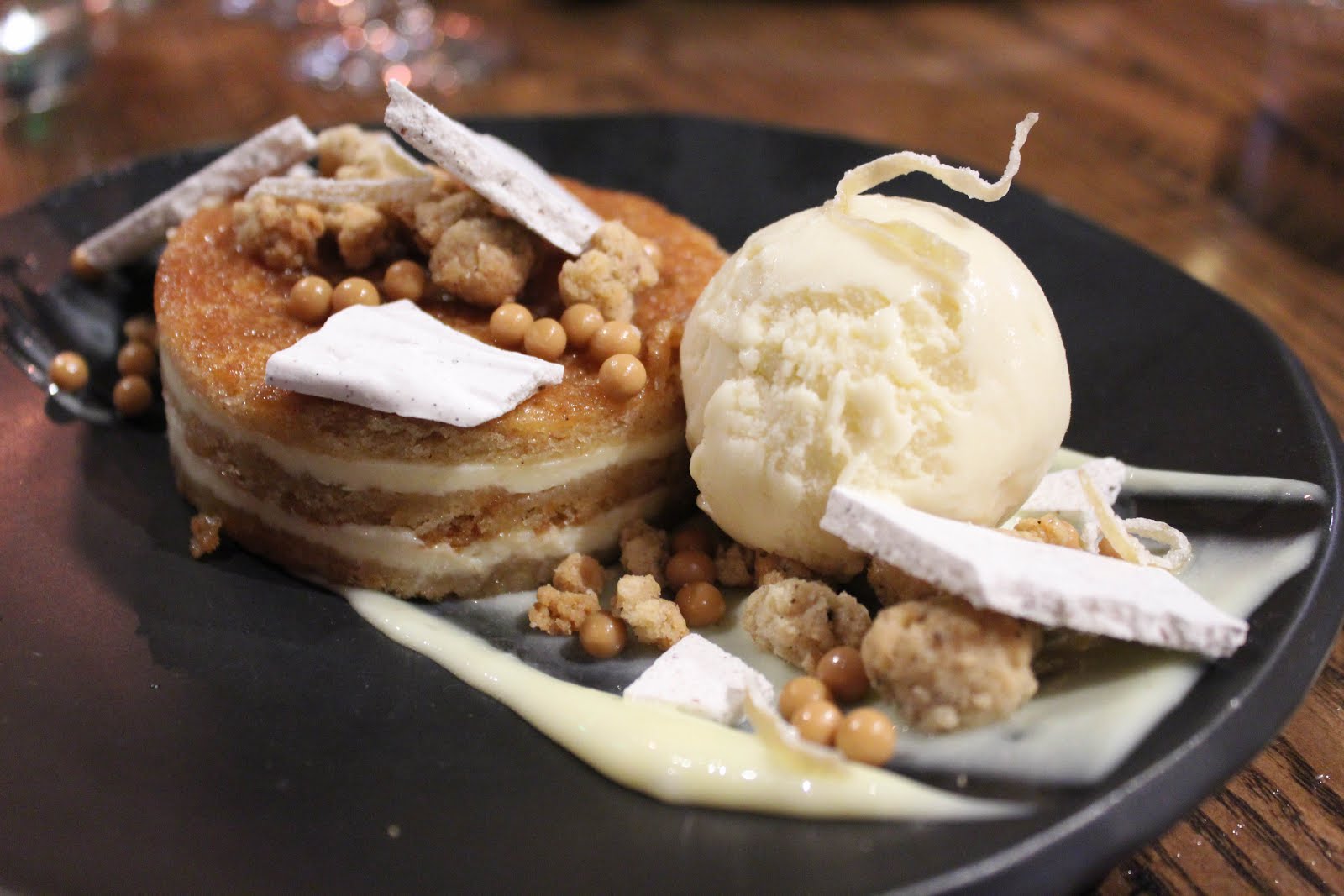 The STICKY TOFFEE PUDDING. Unfortunately, the photo did not come out as good as it tastes, but trust us, it's the best sticky toffee pudding you'll ever have in your life. Don't let the grated foie gras on top and the blood toffee sauce scare you away. You wouldn't ever be able to tell they were in there, but it blends magically to make a very well balanced dessert. 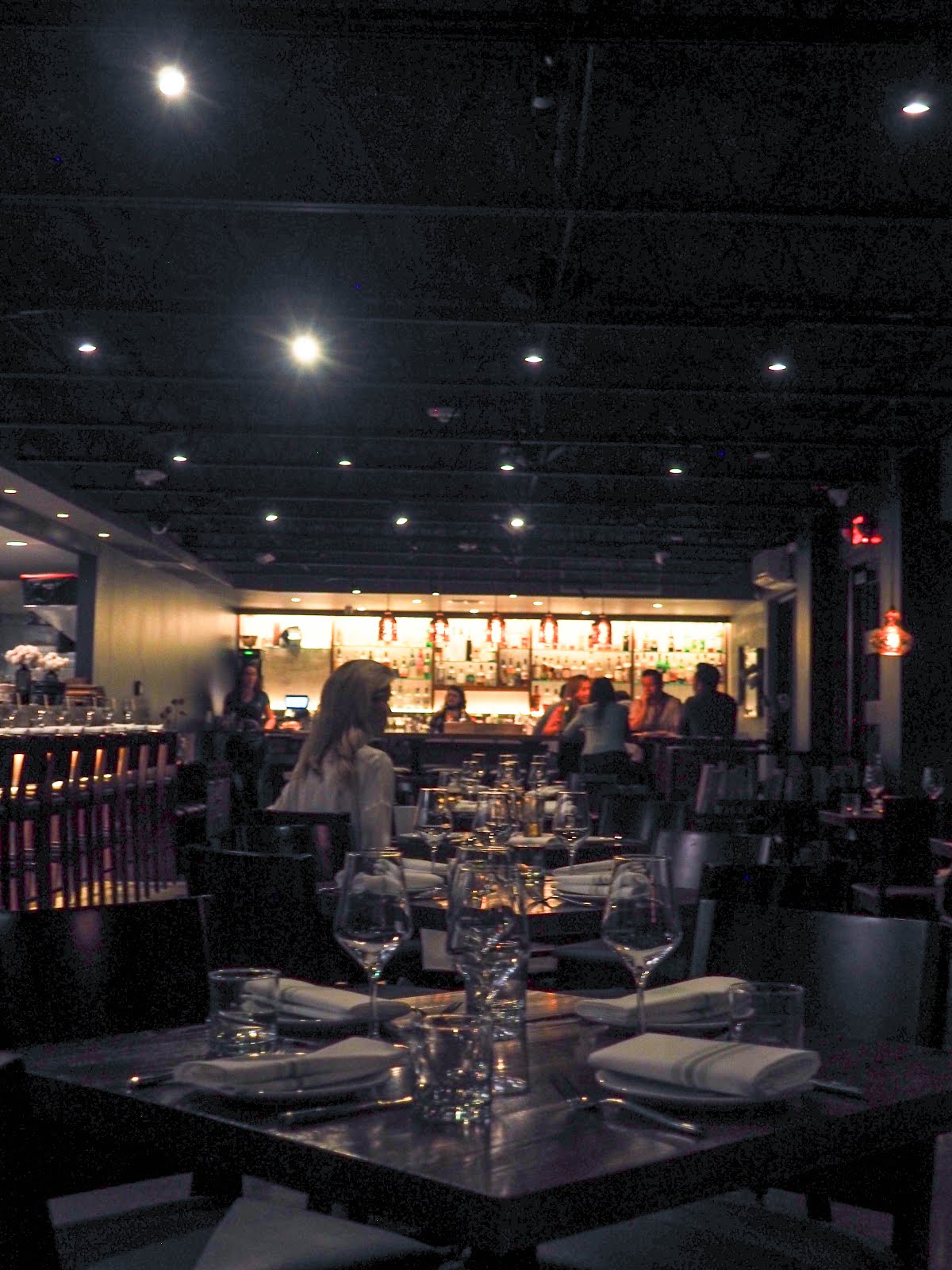 The cocktails are not to be forgotten. They have a selection of unique cocktails you won't find just anywhere. The guys really enjoyed their MAPLE OLD FASHIONED. 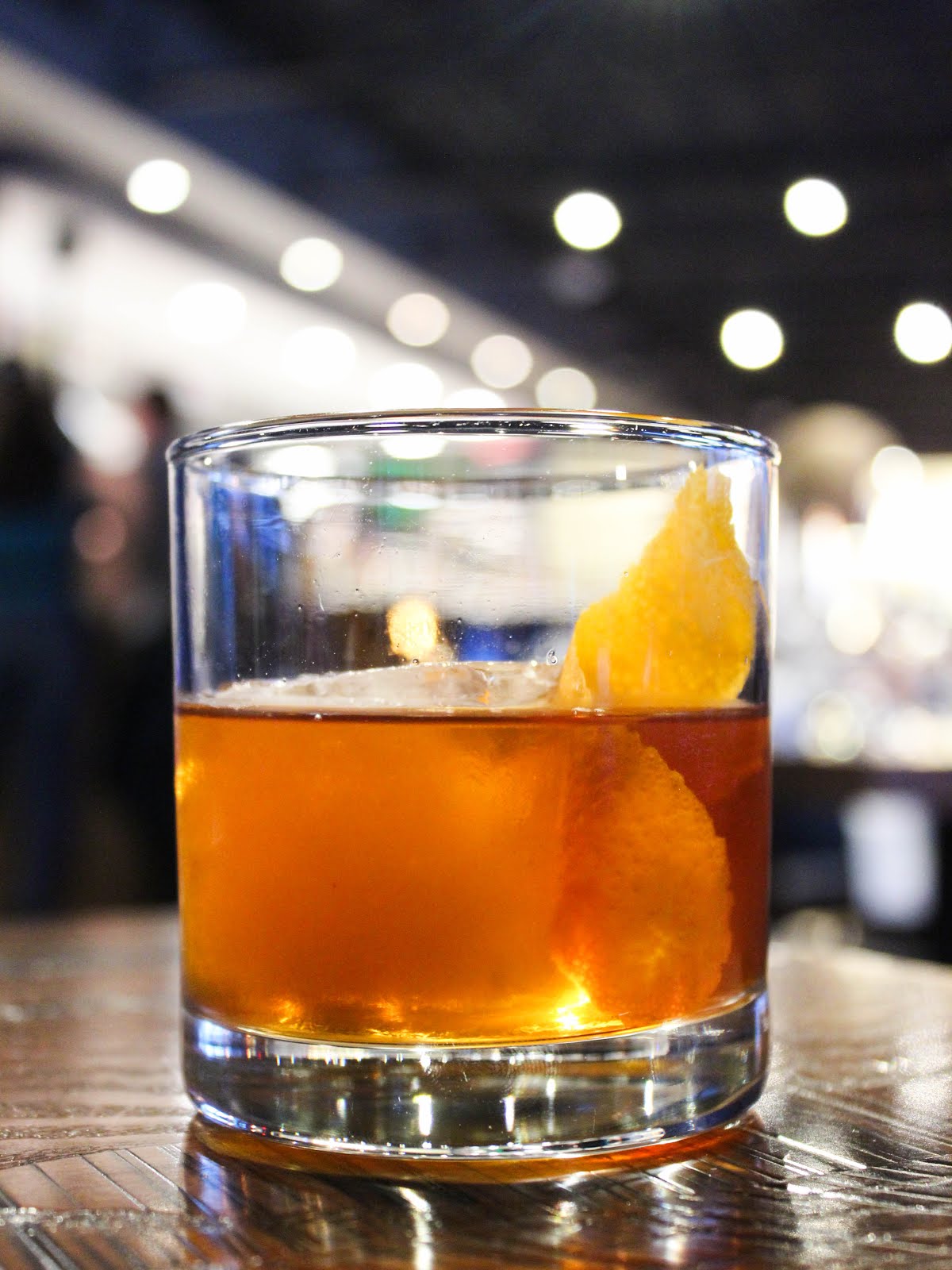 For those of you non-whiskey drinkers, I enjoyed the BORSCHT SOUR (right), which featured aquavit, lemon, beets, and an egg white! Yes, not your average cocktail! 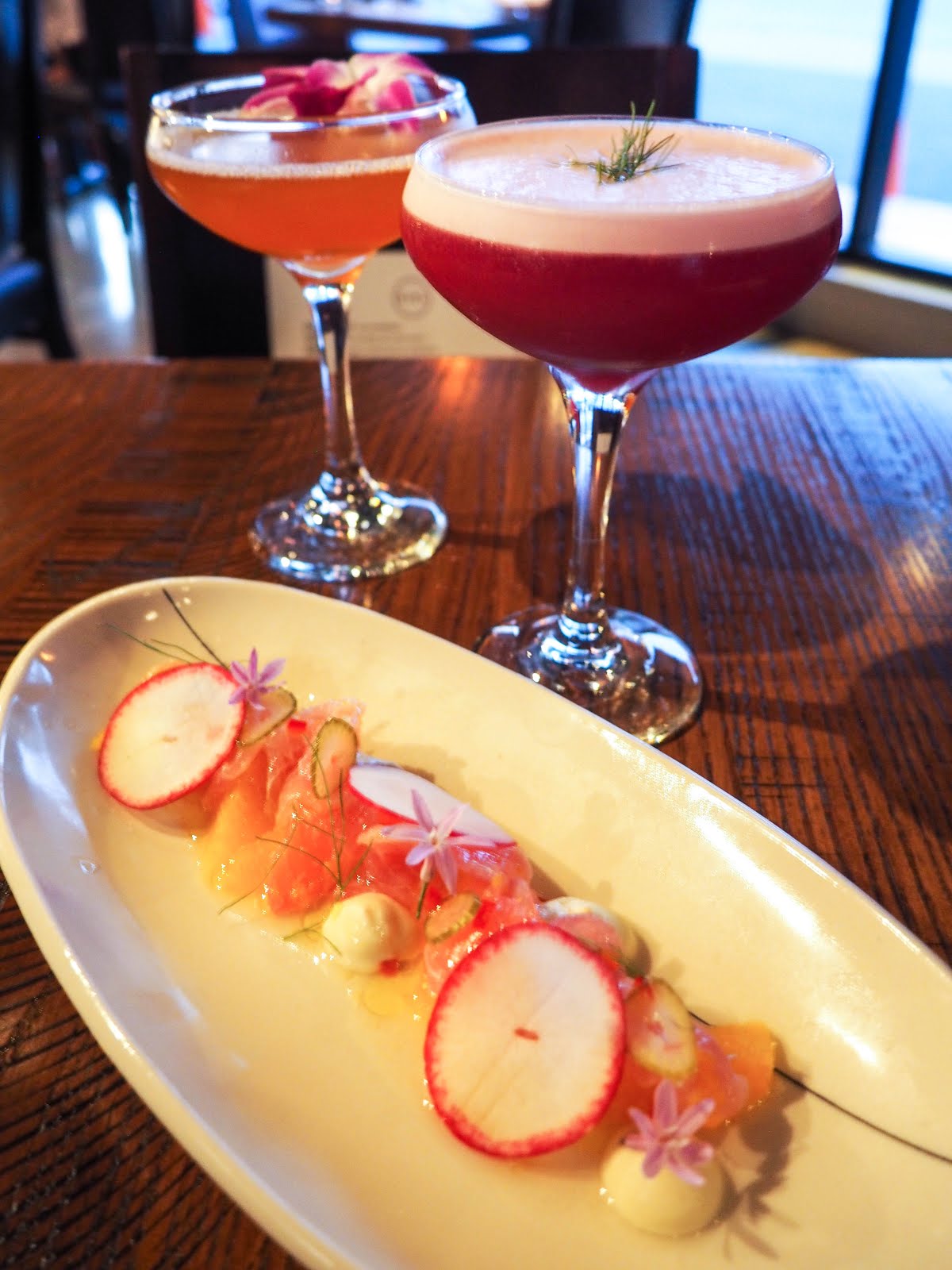 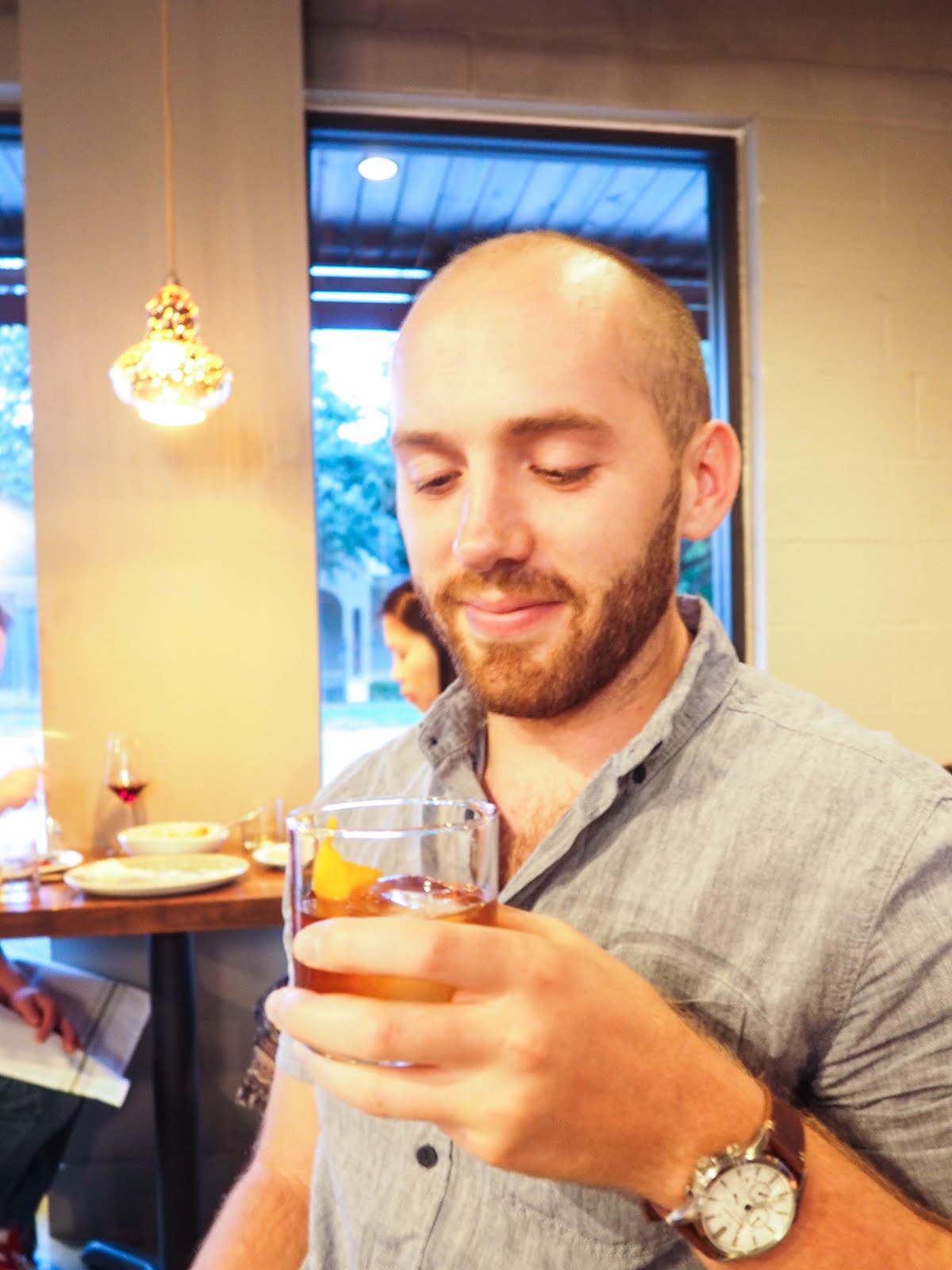 Thank you to Riel for having us in. As always, all thoughts and opinions are our own.

5 Must-Try Restaurants and Bars in Round Top, TX